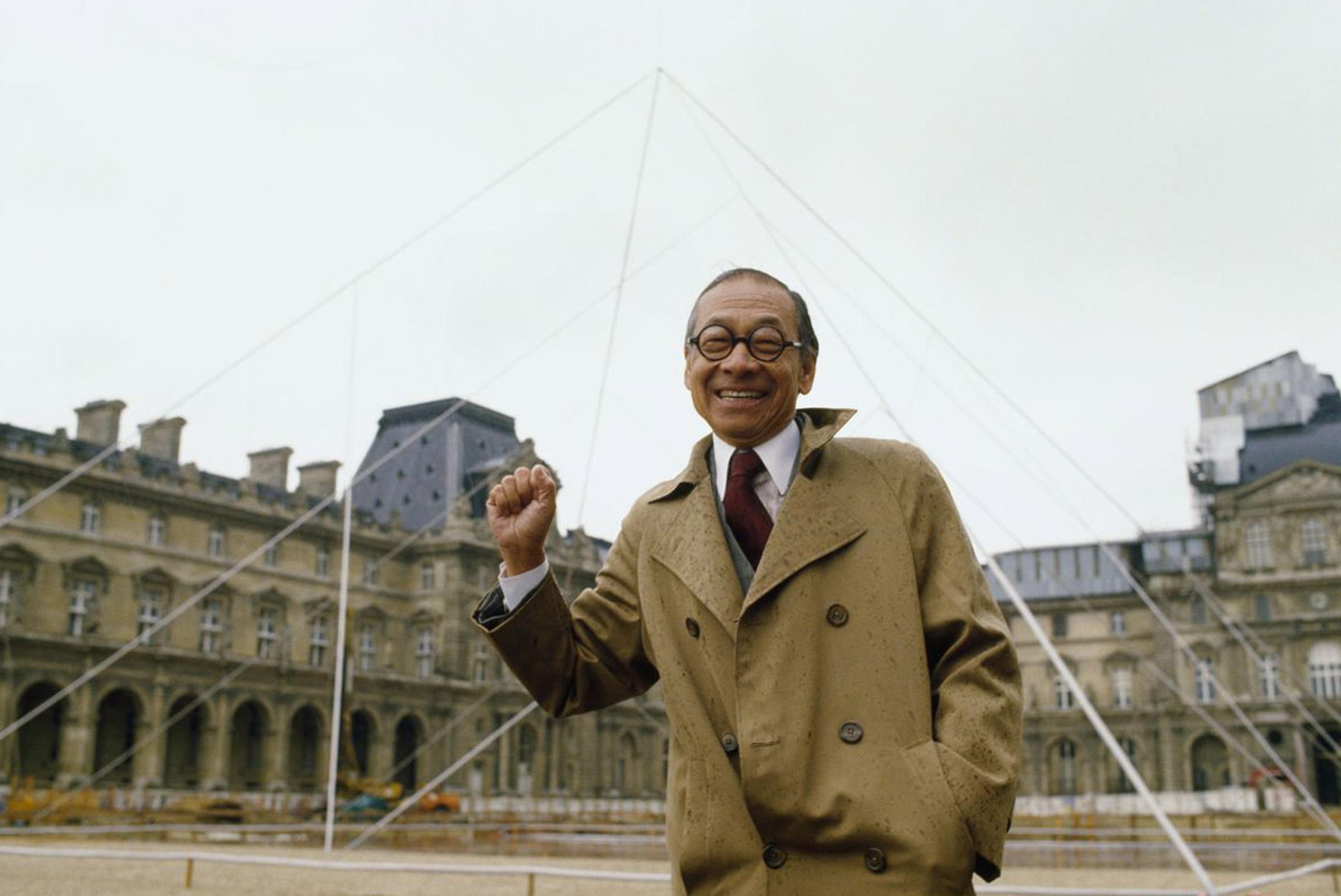 Celebrated Pritzker Prize-winning architect I.M. Pei recently passed at the age of 102. Best known for designing iconic modern buildings around the world, including the glass pyramid entrance to the Louvre Museum in Paris, Pei was among the most respected architects of the last century. Pei frequently took on large-scale projects, and his signature geometric shapes and statement-making buildings transformed cities worldwide.

Born in China in 1917, Pei moved to the United States at 17 years old to study architecture. After graduating from Harvard University Graduate School Of Design under Walter Gropius—a world-renowned German architect—Pei started his career in the late ’40s, designing buildings for New York real estate developer William Zeckendorf. Pei went on to create his own firm, I.M. Pei & Associates, in 1955 (renamed Pei Cobb Freed & Partners in 1989). By the mid-’60s, Pei was highly sought after in his field, receiving major commissions all over the United States and beyond, including the John F. Kennedy Presidential Library and Museum in Boston and the stunning steel-and-glass Bank of China Tower in Hong Kong.

Pei’s recognizable aesthetic came to be known as the “slice-dice-and-spin” formula. His designs often began with a single geometric shape, which he then divided into smaller parts, rotated 45 or 90 degrees, and then juxtaposed against other shapes, ultimately fusing them together to create a building. The specifics of this process varied from job to job, depending on the budget, location, and purpose of the building, but the easy-to-identify results became Pei’s signature modernist style. Here, five of the architect’s most notable projects.