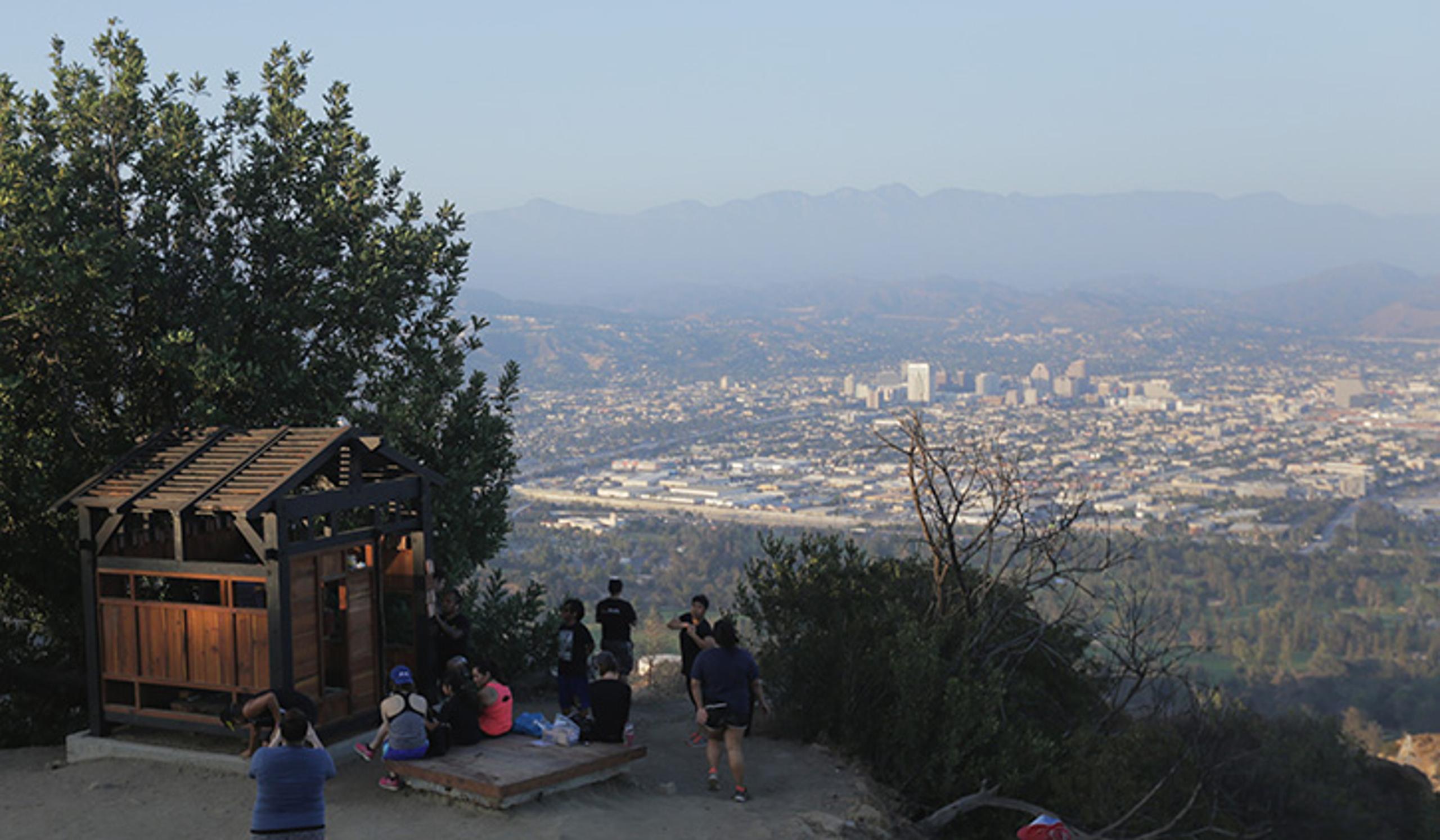 One of the largest urban parks in North American, Griffith Park is home to a world-famous observatory, both the old and new LA Zoo, and a wayward mountain lion affectionally referred to as P-22. And—until further notice—it is now also home to an illicitly constructed Japanese Tea House.

Planned in secrecy, prefabricated off-site, and erected under the cover of darkness in just a single night, a group of anonymous artists eschewed traditional city permitting to construct this idyllic mountain-top retreat. With a semi-open architecture, the Tea House uses negative space to frame the Verdugo and San Gabriel mountains in the distance and offers visitors a small oasis of shade on the otherwise exposed hillside. The entryway is emblazoned with a half-mountain lion, half-eagle creature, bearing P-22's distinctive tracking collar.

Built from salvaged wood from the 2007 Griffith Park wildfire and constructed on top of a preexisting concrete footprint, the artist group attempted to minimize impact on the natural surroundings. Despite a generally warm reception of the installation, calls for its removal were being made by park officials within hours of its unveiling. So until the city officially weighs in, the Tea House's future remains uncertain.

However, the structure's transiency is very much a part of its charm. In line with the Japanese aesthetic principal of wabi-sabi, true beauty is found in the imperfect, the impermanent, and the incomplete. Or more simply expressed: "Nothing lasts forever, so enjoy it while it's here." So if you're in Los Angeles, we suggest you take a hike and check it out while—well—it's here.

All photos by Stephanie Pieper.