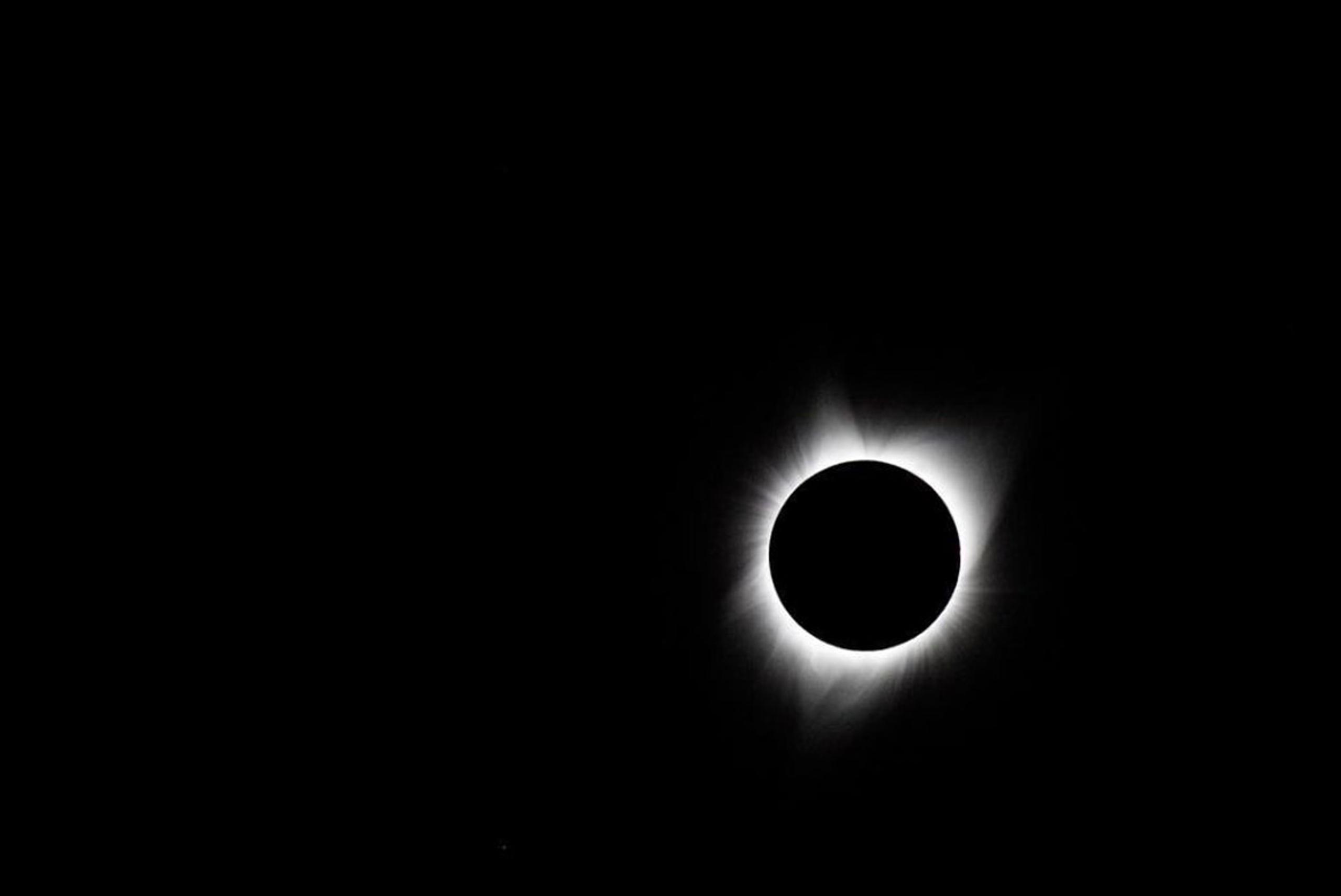 As you undoubtedly know, August 21 marked the day many are calling “The Great American Eclipse.” Though it's impossible to quantify exactly how many people observed the eclipse, reports indicate that this was the most viewed and photographed eclipse in history. Solar eclipses are always a notable occasion, but this solar eclipse was particularly special due to the sheer amount of ground it covered across the United States—12.5 million people reside in the area that was referred to as the "path of totality" (the area in which you see the moon completely eclipse the sun). And that doesn't even factor in the millions more who traveled far and wide to catch the rare event. Below, some of the coolest shots we saw captured from the spectacular event in the sky.

Oregon was the first point in the U.S. to experience the total solar eclipse, and it was one of the biggest draws for visitors. More than 100,000 people descended upon the small town of Madras, Oregon (population 7,000), creating such a traffic crisis that the Oregon National Guard had to be called in. Our own retail director was in Portland at the time, and Natalie DiBlasio, head of social media at Wired, went skydiving about an hour south of the city just as the moon completely eclipsed the sun. Check out the full video experience on Wired’s Facebook—it’s worth the watch.

Two friends of AETHER, Jun Song and Alex Strohl, escaped to remote areas of Idaho to capture the experience. Song drove to the top of Howe Peak in the Lost River Range of the Rockies, where he set up his camera and a GoPro to capture the totality of the eclipse. Strohl also camped out in the mountains of Idaho to catch the complete solar eclipse using exposure bracketing to capture textures. Both photogs' efforts resulted in incredible shots.

Wyoming—another state in direct line with the total solar eclipse—afforded incredible views and a quieter experience than high-traffic viewing areas. National Geographic photographer Jimmy Chin captured the eclipse from Jackson, Wyoming. Though the eclipse didn’t reach complete totality there, we’re betting the intimate experience and this epic shot more than made up for it.