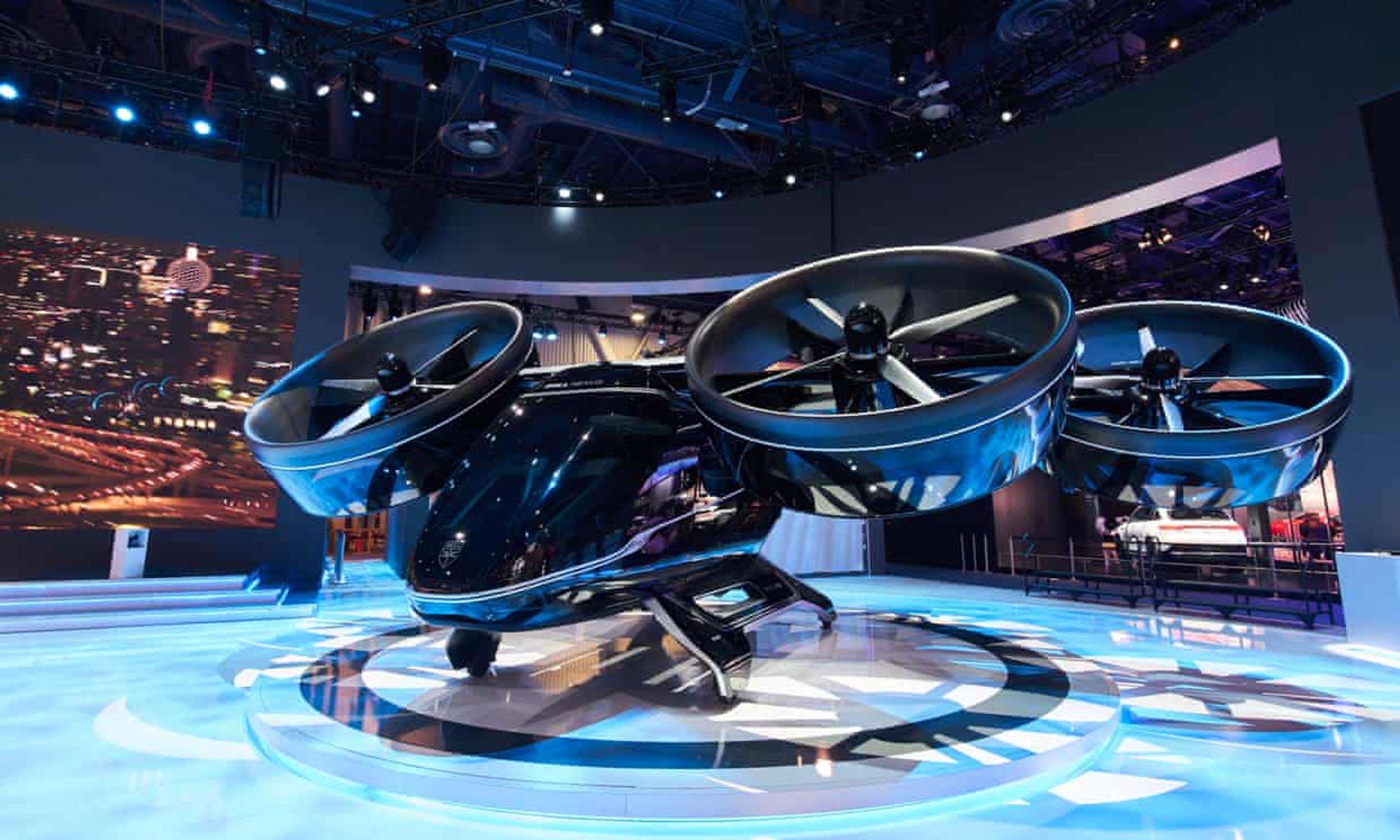 It’s no surprise that Los Angeles traffic is the worst in the nation. There have been many solutions proposed throughout the years to solve the problem—from freeway expansions to new train lines to Elon Musk's proposed underground tunnel system. None of them have made a dent so far, but that all may be changing. Bell—an aircraft manufacturer and partner of Uber—showcased an air-taxi concept called the Nexus this past weekend at the annual Consumer Electronics Show (CES), a mecca for the most innovative technologies set to hit the market.

Uber first announced a plan to offer air-taxi services in 2017 in an effort to help alleviate overly congested roads, recruiting Bell to handle the design. The five-person—four passengers and a pilot—Nexus is a prototype of an air taxi with Vertical Takeoff and Landing (VTOL) capability, which, as the name suggests, means it takes off and lands vertically (more like a rocket, less like an airplane). The vehicle also uses a hybrid-to-electric power system in an effort to reduce fuel consumption and has a range of approximately 150 miles with a top speed of 150 mph.

The life-size model that debuted at CES is currently non-operational; however, Uber expects to begin flight-testing by 2023 with a plan to officially launch the program to customers shortly thereafter. While the exact cost for a trip across town has yet to be determined, it was announced that the process of ordering a flight would be similar to ordering an Uber car. Our biggest concern is that the Nexus will eliminate our ability to use traffic as an excuse for being late to work.

Here, photos of the Nexus.