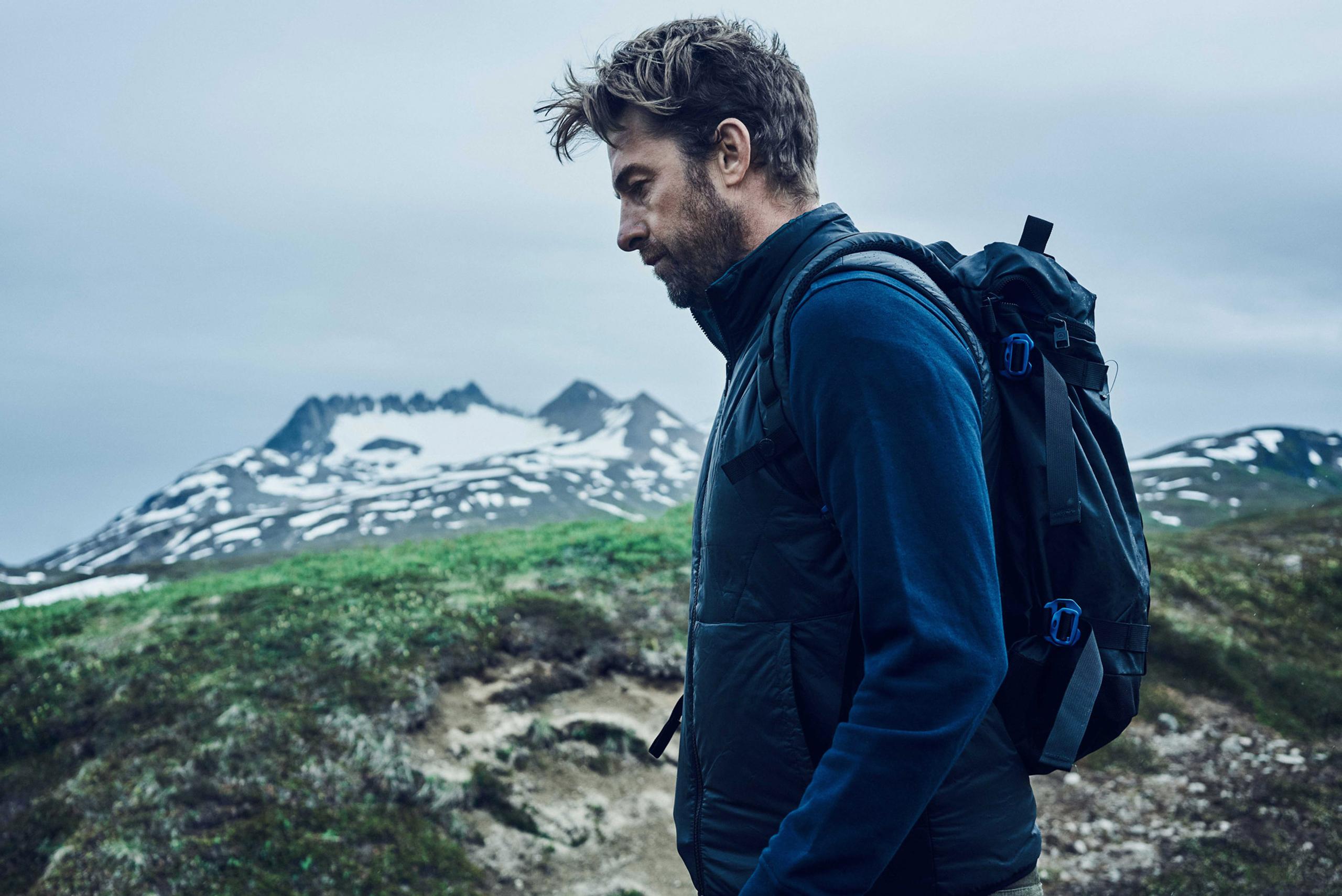 When we met actor Scott Speedman— known for his iconic role in Felicity, as well as the television show Animal Kingdom and films such as Underworld and The Strangers—it was obvious our passion for the outdoors meshed with his. We approached him about traveling with us on one of our far-flung adventures, and it quickly became clear he was game for anything. A competitive swimmer when he was growing up, Scott still takes any and all opportunities to be in nature and be active. Numerous discussions about our adventure bucket lists led us to settle on a destination both vast and wild: Alaska. Scott had never been and was as excited as we were to venture into the backcountry to experience the state’s spectacular landscapes and endless opportunities for exploration. ↓

After some research, we settled upon the decidedly off-the-grid Winterlake Lodge, an hour’s floatplane from Anchorage, so remote it is identifiable only by coordinates. One of the Within The Wild lodges, Winterlake Lodge sits on 15 acres of the historic Iditarod Trail and is a destination for both summer and winter. We ventured there in late summer, which meant that our severalday stay brought us a taste of nearly every season and weather, from extreme heat to blustery snow and bouts of rain. ↓

WE VENTURED IN LATE SUMMER, WHICH MEANT THAT OUR SEVERAL DAY STAY BROUGHT US A TASTE OF NEARLY EVERY SEASON.

A helicopter serving as our main source of transportation, we made our way to the Trimble glacier where we scaled icefalls, let Scott try his hand at dog mushing, and trekked around the slippery terrain. Outside of the lodge, we hiked, took to the lake on boats and paddleboards, and swam laps from one edge to the other. On some days we went from ice as far as the eye could see to endless green expanses only a few miles away, proving just how spectacular Alaska is. Stunning vistas waited for us around every corner, as did opportunities for Scott and our crew to dive into the countless outdoor activities the 49th state has to offer. We documented the adventure with Scott all along the way, resulting in a series of epic images. ↓

On some days we went from ice as far as the eye could see to endless green expanses only a few miles away.