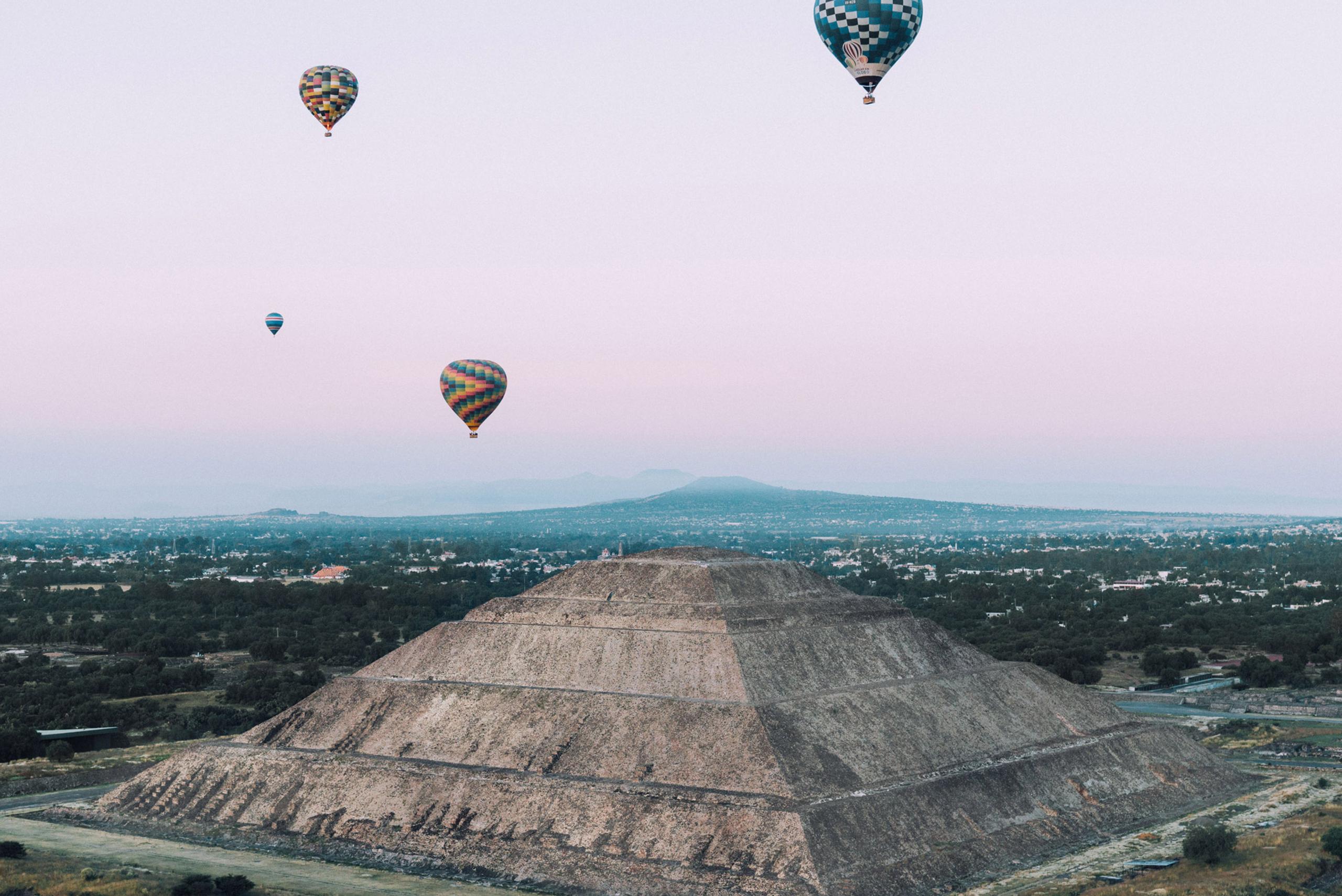 For Spring 2018, we wanted to choose a place we had never been, somewhere both exotic and exciting, aesthetically stunning and yet still urban. We settled on Mexico City, Mexico, a place that has undergone a renaissance in the last several years, becoming a destination for both epicurean and cultural delights. Based out of the picturesque Downtown Mexico hotel—primely located in the middle of the city’s historic district and nearby other landmarks—we ventured from there into the city as well as to destinations a few hours outside of it to shoot our latest collections. ↓

Unsurprisingly, Mexico City is rich with ideal spots to capture beautiful imagery. One of our first stops was the spectacular Biblioteca Vasconcelos, a library designed by architect Alberto Kalach where the books are arranged in cantilevered, cage-like structures and catwalks, bridges, and stairways lead visitors around the vast, picturesque space bordered by gardens on the outside. We explored Mexico City’s many neighborhoods, each with its own personality and distinct look. Roma, for one, is a lush, hip area with quaint hotels, delicious restaurants and cool shops. Roma borders the Condesa neighborhood, another section of the city rich in atmosphere and charm. There, we found the sleek and minimal Condesa DF hotel, which served as the perfect canvas against which to photograph AETHER’s clean designs. While the sun was setting on one of our final days in the city, we ventured to its most recognizable landmark, the Palacio de Bellas Artes (Palace of Fine Arts), a cultural center that plays frequent host to events ranging from concerts and theater to opera and exhibitions. ↓

Outside of the city, we made our way northeast to Teotihuacán, where we floated high above the Pyramids of the Sun and the Moon during an early morning hot-air balloon ride. On another day, we made the long, arduous off-road trek to Nevado de Toluca, where we hiked the dormant volcano, which also serves as Mexico’s fourth highest peak. Afterward, we traveled a couple hours north to the Otomi Ceremonial Center, a series of impressive structures celebrating the culture of this indigenous tribe.

The several-day adventure allowed us to truly explore much of what Mexico City and its surrounding areas have to offer, all along the way capturing our new men’s and women’s spring collections against the dramatically different landscapes and backdrops. Here, some images from our trip. •