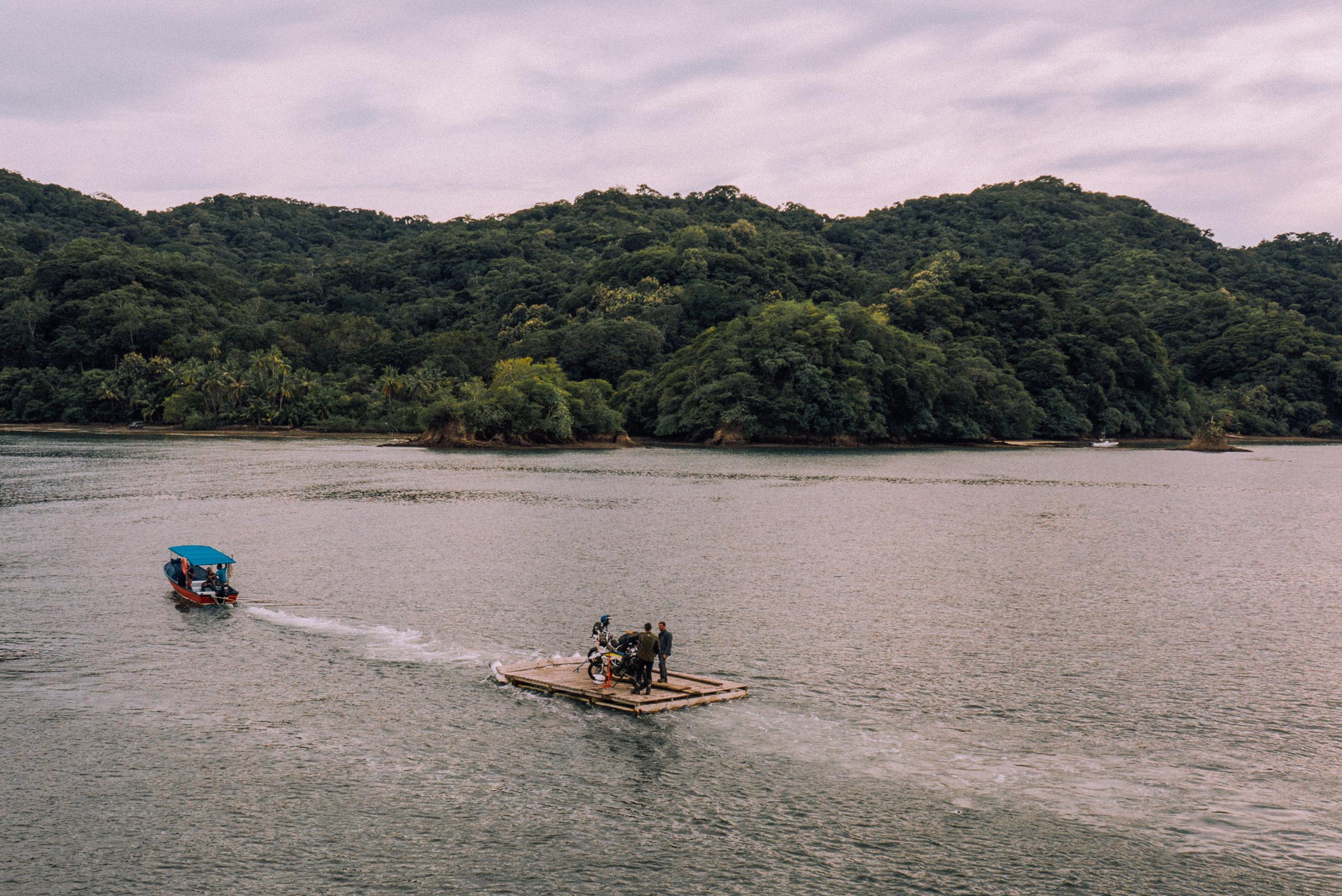 On Location in Costa Rica

While Costa Rica may be best known for sandy beaches and rolling surf breaks, the country’s tourism board is determined to expand that perception. Through a lucky turn of events, they asked us to aid in that pursuit. At their request, this past fall we gathered a group of guys, rented some motorcycles, and boarded a plane to Costa Rica to tour the small-but-epic country on two wheels. ↓

Starting our journey in the capital city of San Jose, we picked up our bikes—Ducatis, KTMs, and a Husqvarna—and a support Land Rover and set off on our adventure, decked in pieces from our AETHERmoto collection despite the soaring temperatures. Our first day brought us to the Alajuela Province and the La Paz Waterfall Gardens where we saw Costa Rica’s famous, massive waterfalls. From there, we headed to La Fortuna, a small town northwest of San Jose, for the night. ↓

The following day took us from La Fortuna to Arenal Lake at the base of the active Arenal Volcano, a stunning site that remained in our view throughout the day’s ride. From there, we traded in a paved road for a dirt one, riding north to the wind farm Planta Eolica Movasa on the Guanacaste Province. We continued off-roading until we came upon our hotel for the night, El Mangroove, located on one of the province’s most beautiful beaches. ↓

Two days and many miles into our trip, we headed to the Monkey Trail—a narrow and curvy jungle road that brought us to a huge river crossing on the way to our next destination. We approached the water with some trepidation: There is always the concern of coming upon an unexpected rock or obstacle that causes you to drop the bike. But we persevered, five bikes and our Land Rover all making it over without incident. Safely on the other side, we took a moment to celebrate before we realized we should move the Land Rover to make room for other vehicles coming across the river. ↓

It was then that a slight wrong move plummeted the car into the river, the front totally submerged under water. We immediately hit reverse in an attempt to get it out, only digging ourselves deeper. At a loss for what to do next, we watched a steady parade of Costa Ricans come by, many inquiring as to whether we were ok and some even stopping to help. But given the size and weight of our vehicle, nothing made it budge. As the time ticked by, the car descended deeper and deeper until water was pouring into it, and we had to scramble to get our luggage out as it continued to sink. ↓

We immediately hit reverse in an attempt to get out, only digging ourselves deeper.

In what can only be called a truly lucky coincidence, the country’s leading Land Rover mechanic happened to pass by with his family two hours into our mishap. Seeing the trouble we were in, he, his Land Rover, and two other good Samaritans equipped with a pick-up and a tractor, eventually pulled us out of our watery hole. We all breathed a sigh of relief when we were finally able to tow the car to Liberia to be fixed. ↓

As if the day hadn’t already been action-packed, we made our way to the Puntarenas Province and from there had to transport our bikes—and ourselves—to Isla Chiquita, a glamping hotel on a private island in the middle of the Gulf of Nicoya. Loading the bikes onto a wooden raft, we boarded a brightly colored dingy and towed them across the water to our home for the next couple of days, where we fished and camped and attempted to keep the giant iguanas from getting in our tents. ↓

Loading the bikes onto a wooden raft, we boarded a brightly colored dingy and towed them across the water to our home for the next couple of days.

Two days later, we made the same trek back across the water to Puntarenas before boarding a ferry that brought us back to where our trip began, San Jose, spending one more night there before departing the following day. We flew home from Costa Rica armed with plenty of stories, experiences—both good and trying—and a deep understanding that the country is rich with far more than sand and surf. •

On Location in Costa Rica