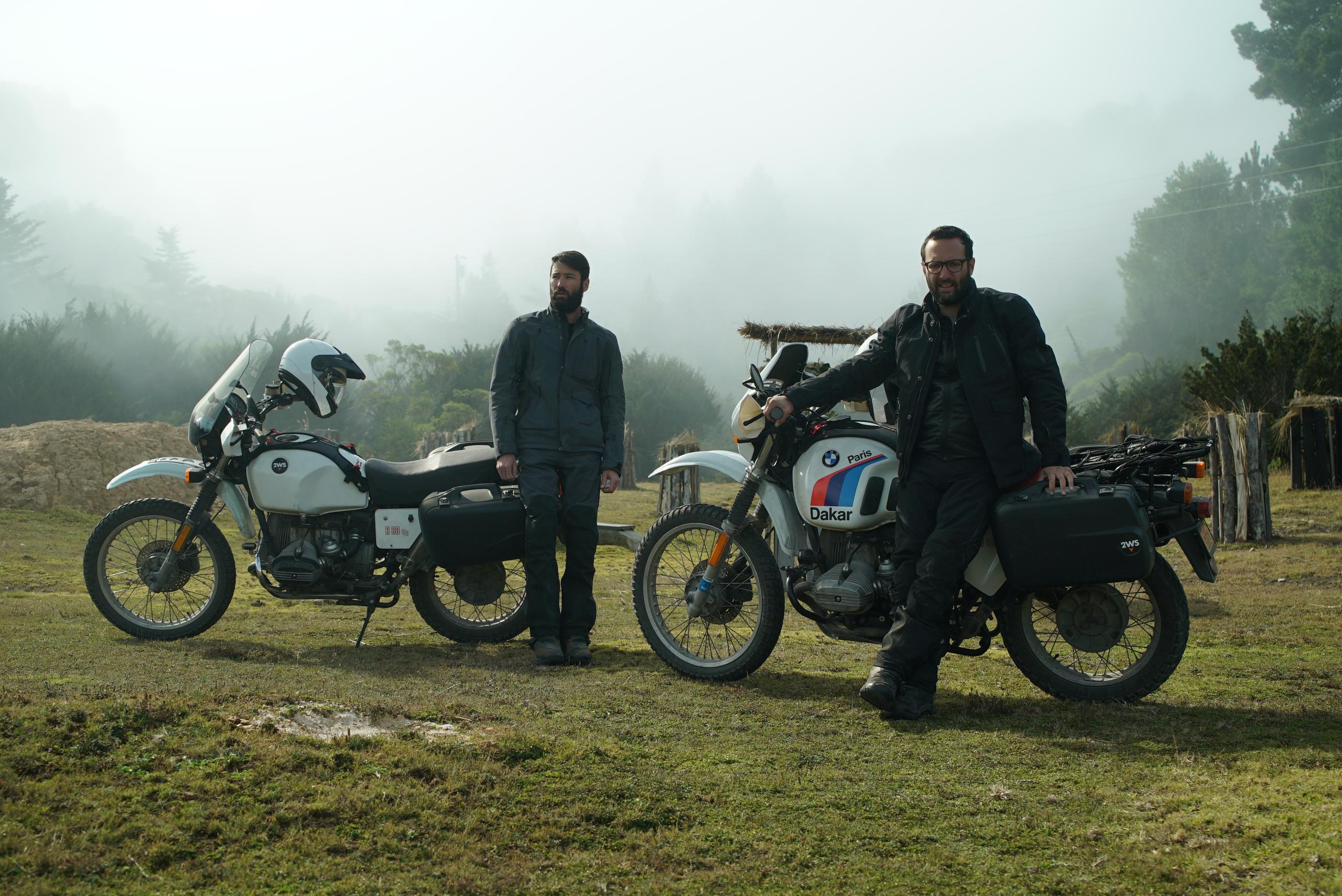 After meeting by chance on a high school trip in 1994, Matias Corea and Joel Estopà forged a friendship over their mutual passion for motorcycles. Now, 22 years later, they’re fulfilling their dream of taking a long-haul moto trip together, an adventure they’ve dubbed Two Wheels South. Two Wheels South aims to cover 30,000 miles and 16 countries over six months on the road, all on 1985 BMW R80GS motorcycles. The six-month excursion began in Brooklyn where Corea is based (both he and Estopà were born and raised in Spain) and is headed to South America, concluding in March in Argentina. “Having the advantage of speaking the native language, and the fact that the whole land mass is connected from Brooklyn to Ushuaia made it an obvious choice,” says Corea of the route.

Both suited up in the AETHER Expedition Motorcycle Jacket and Expedition Pant, Corea and Estopà departed in October, heading south through Mexico to South America. Before leaving, they did major modifications to prepare their vintages bikes for 30,000 miles on the road, including increasing the fuel range, suspension, and filters to make their ride smoother. Staying true to the adventurous spirit, the duo chose mostly off-the-beaten-path, rural, countryside roads for the Two Wheels South route. “If we want to truly understand the individual character of every country and its people, we have to navigate far from the capitals,” says Corea.

Currently in Colombia, Corea and Estopà are roughly halfway through their journey, with three months and six countries left to go. Follow along for the rest of the adventure on Two Wheels South’s Instagram, and below, check out some of their photos from the road.