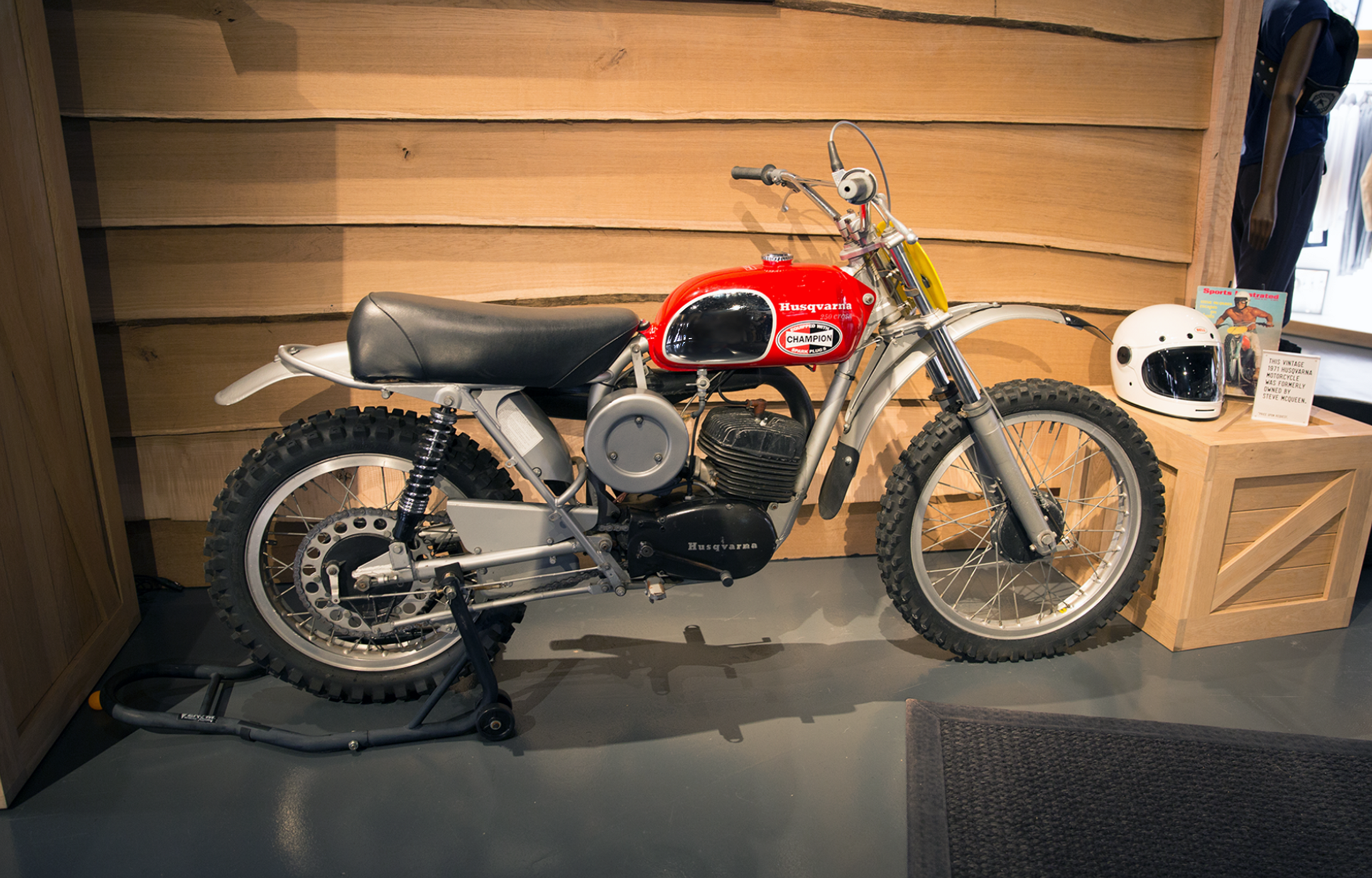 A 1971 Husqvarna 250 Cross motorcycle, once owned by none other than Steve McQueen, is now on sale at AETHERla. McQueen, who was often referred to as the “King of Cool,” was not only an acting legend in the ’60s and ’70s, he was also an avid motorcyclist and even gave up acting for a while in the ’70s to focus on his passion for racing bikes. Over time, he owned many bikes, and in the years since they have unsurprisingly become collectors’ items.

The Husqvarna 250 Cross motorcycle currently on display in LA was bought by McQueen in 1971 for $898 (for context, a 400 Cross he once owned was sold for $144,500 at auction in 2011). The 250 has been almost completely restored and is in running condition; it’s equipped with a single-cylinder engine, four-speed transmission, and weighs only 208 lbs, making it one of the lightest dirt bikes of its time. Like most of McQueen's vehicles, the bike was purchased through his film-production company, Solar Productions in Hollywood.

We may never be as cool as Steve Mcqueen, but at least now we can get a little closer. Check out more photos of the Husqvarna 250 here, and contact AETHERla for pricing and more information.