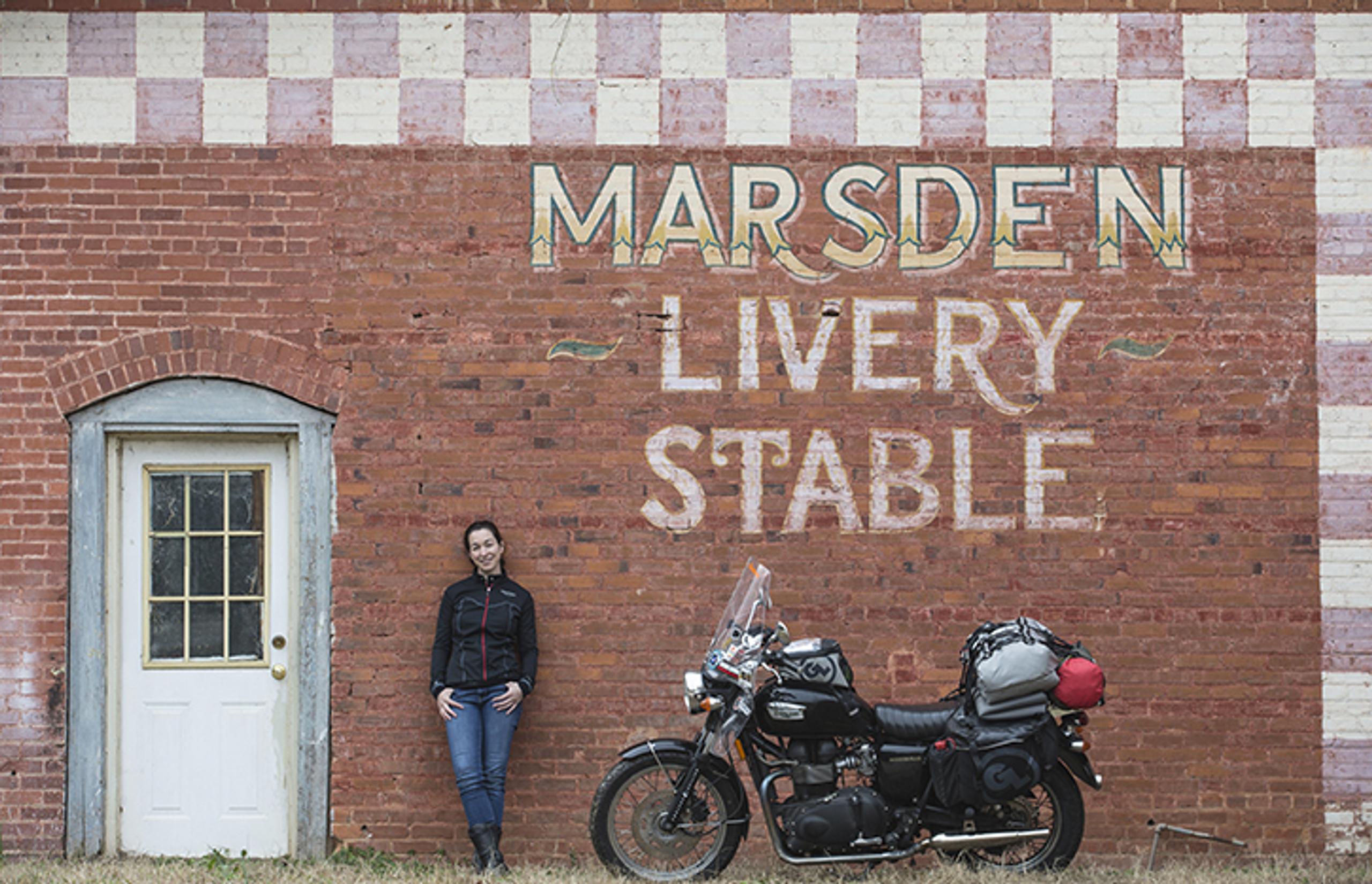 In September of 2014, after two years of preparation, Danell Lynn set out on a solo, yearlong motorcycle trip with the intention of hitting all 50 states in the US and breaking the Guinness World Record for Longest Journey By Motorcycle In A Single Country. A year and some 50,000 miles later she had achieved both her goals. In fact, Lynn more than doubled the previous record with a final tally of 48,600 miles over 365 days, all of which was completed on her 2006 Triumph Bonneville. “The great thing about the Guinness World Record I broke is that it isn’t gender specific,” says Lynn. “I beat out male riders too. I am the first-ever solo woman rider to hold or break this record.”

Lynn’s passion for adventure and bikes started as a child thanks to being raised in a family of riders who also loved to travel. By the age of 19 she had visited all 50 states, something she decided she wanted to do again as an adult —this time on two wheels. “I love to live a life of non-conformity,” she says. “I have always believed in taking on adventure. I have been to more than 45 countries in my 34 years on this earth—cultural exploration is my fuel.”

Lynn, a self-proclaimed “serial entrepreneur,” started riding bikes seriously a few years ago; shortly thereafter she decided she wanted take an extended adventure, even moving into a smaller apartment to save funds. With no specific route planned when she started her yearlong trip, Lynn was largely guided by a desire to visit national parks throughout both the US and Canada. “I grew up camping at many of these parks as a child, and it was wonderful to experience them again some 15 or 20 years later, as an adult and by motorbike,” says Lynn.

Unsurprisingly her epic trip was not without its hiccups. “My biggest lows were at the start of the trip, from wondering what the hell I was doing to body aches and pains to forgetting my backpack at a gas station,” she says. “It was a whirlwind that brought me to tears. A good cry, a deep breath, and I was off again.” As evidenced by her new title as a Guinness World Record holder, Lynn clearly didn’t let anything get in the way of her incredible goal.

Check out more photos from her journey below, and visit her website for further details on her cross-country adventure.