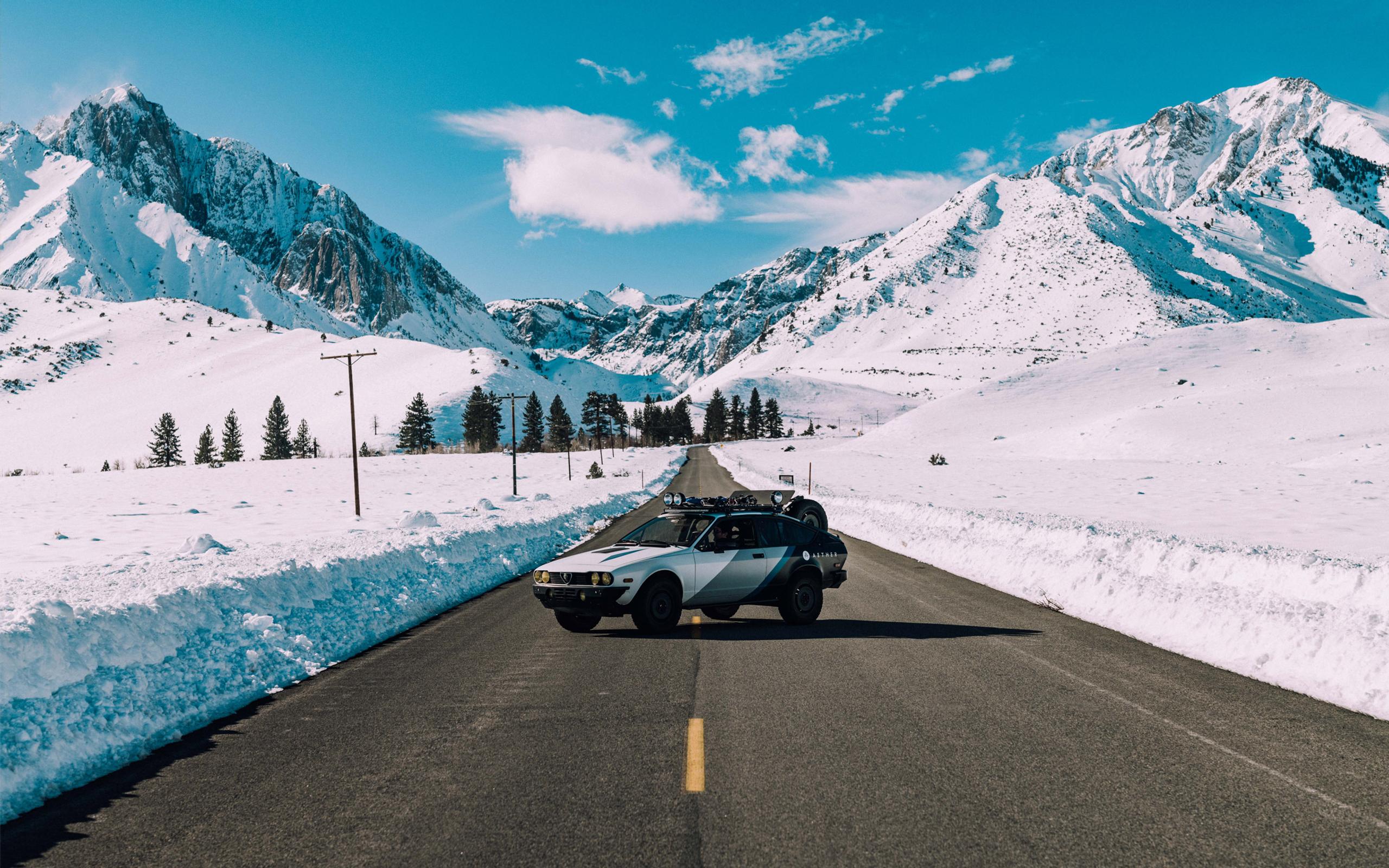 Much of what we do in our business and in life is inspired by our mantra, “You Only Get One Spin.” Simply put, it’s about rejecting routine and monotony in favor of exploration and adventure. It’s about realizing that life is finite.

This particular project began when we got inspired to reimagine an iconic streetcar into something that could go from backcountry skiing to sandy desert roads. We chose the 1985 Alfa Romeo GTV6 as the platform. Practical? No. Challenging and fun? Absolutely.

Having chosen this unexpected platform for the project, we partnered with automotive designer and transportation futurist Nikita Bridan of Oil Stain Lab to turn our dreams into reality. “Who were these guys asking me to lift a GTV6?” says Bridan. “It seemed crazy, but I knew they were onto something.” ↓

“Who were these guys asking me to lift a GTV6? It seemed crazy, but I knew they were onto something.”

This iconic ’80s Alfa was the brainchild of legendary Italian automobile designer Giorgetto Giugiaro. It was outfitted with a “Busso V6”—a V6 engine named for the Alfa Romeo engineer Giuseppe Busso—renowned for both its sound and revving capabilities. This Alfa also has a significant racing pedigree, including European Touring Car Championship wins four years in a row starting in 1982, and winning its class at the Tour de Corse four times in a row, starting in 1983. (James Bond even drove a GTV6 in the film Octopussy.) ↓

Under Bridan’s design direction, the GTV6 was 3D-laser scanned to allow for a modern digital design and engineering design process. It was lifted 6.5 inches from its stock height, given a custom gas tank, and had its suspension updated. Dubbed the Alpine Alfa, the end result is a desert-storming, mountain-climbing restomod machine. “Much of my inspiration for this project came from vintage rally cars, particularly the Lancia Integrale S4 and cars that raced in the East African Rally,” says Bridan. “We tastefully outfitted and modified the Alpine Alfa to keep the unmistakable charm of a Romeo while maximizing off-road capability.” The Alpine Alfa is a truly unique crossover that falls somewhere between a championship rally car and a Mad Max machine. ↓

So much of what we do at AETHER is guided by curiosity. From the initial idea to the final outcome, the Alpine Alfa encapsulates our passion for great design in all its forms. •