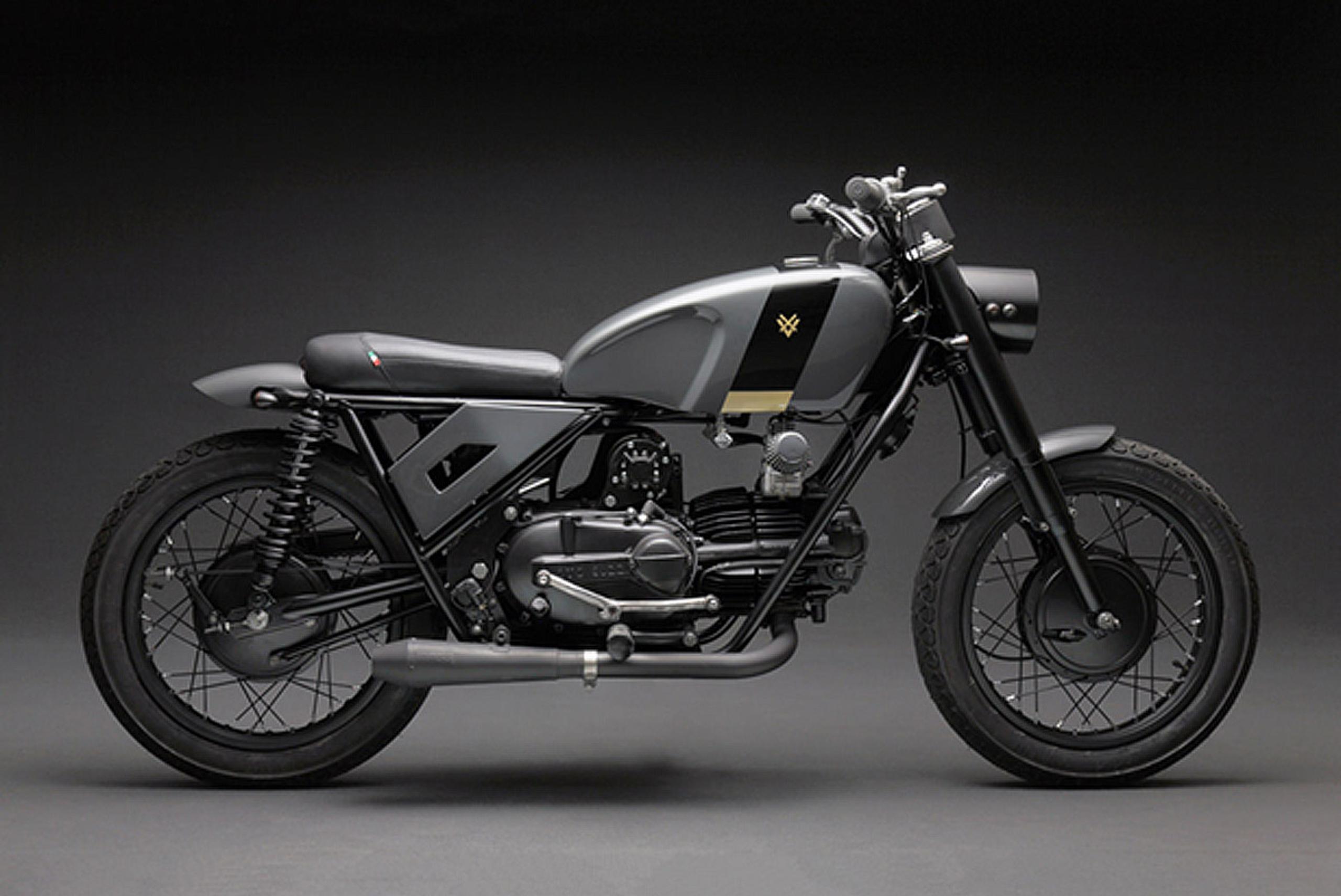 Known for hand-built motorcycles and specially made bike parts, New York-based custom motorcycle workshop Venier Customs recently released the VX Falcone Motorcycle—the shop’s modern take on what they believe the '60s classic Nuovo Falcone by Moto Guzzi—the longest-running motorcycle manufacturer in Europe—would look like if it was built today. The Nuovo Falcone model first came on the scene more than 40 years ago as a smaller alternative to the popular V7, the bike Moto Guzzi originally designed for the Italian army. The new VX Falcone by Venier uses an original Nuovo Falcone frame to preserve the classic shape. Additionally, many of the original parts were still good enough to use, allowing the builders to fuse shop custom and vintage materials when creating the new version of the bike. In an effort to create a sleek, updated aesthetic, all unneeded bells and whistles were trimmed off the frame, which was given a black finish, while the body was painted black and gray with a hint of gold. The Venier in-house crew custom-built the new body of the bike, complete with an electric start for ease.

Contact Venier Customs to get your hands on this one-of-a-kind bike. Here, photos of the VX Falcone.