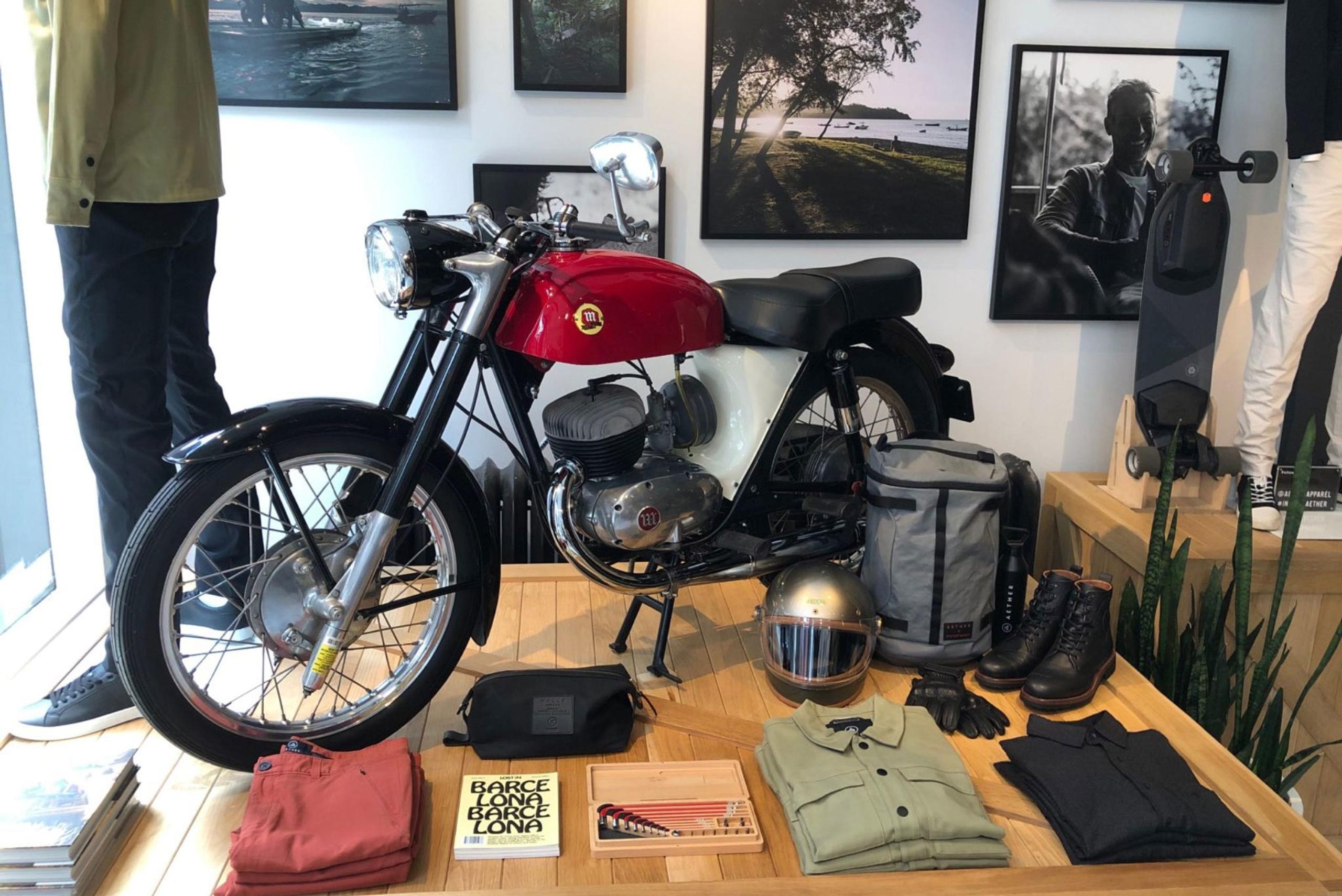 Motorcycle enthusiast Matias Corea—who traveled with his friend Joel Estopa from Brooklyn to Patagonia on their bikes in 2015 and documented the whole journey in his book, Two Wheels South—recently lent us his 1963 Montesa 175cc Impala (one of the many bikes he has on personal rotation) for display at our NYC outpost.

Founded in 1944 by Pedro Permanyer and Francisco Bulto in Barcelona, Spain, Montesa (which got bought by Honda the same year it launched) focused on building lightweight 125cc motorcycles meant for competition riding. In 1960, Montesa created the 175cc Impala, releasing it initially in Spain to great commercial success thanks to its lightweight frame and low power consumption. The Impala found its way to the American market in 1963 where it also became popular and was sold in 350 dealers nationwide. This vehicle was a powerful motorcycle for its time, with 18-horsepower from a 175cc two-stroke engine that's capable of going 82 miles an hour at top speed. Finished with red, black, and white paint, this bike is available for purchase for $14,000. Contact Matias Corea for more details.