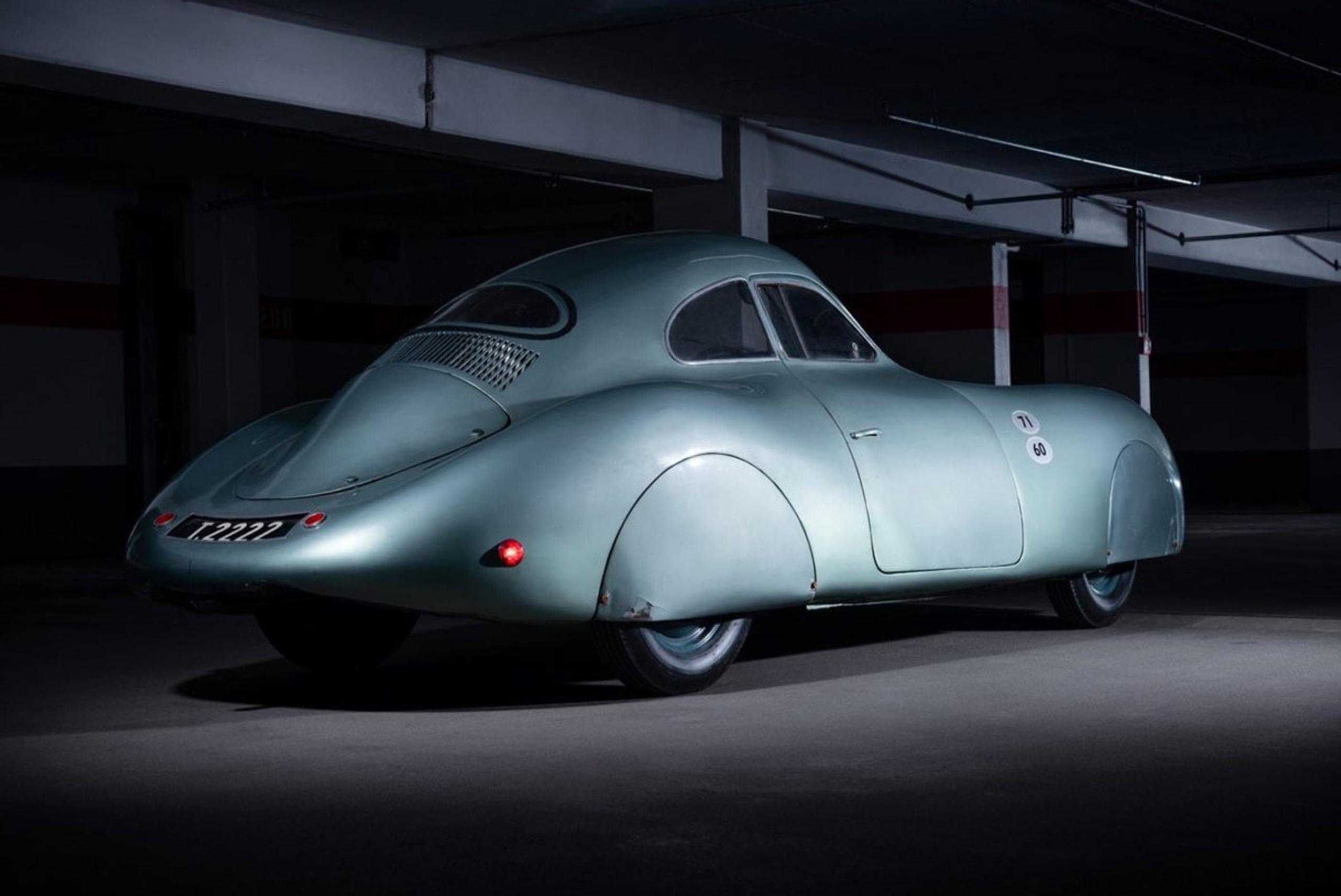 Car enthusiasts take note: The oldest Porsche in existence, a 1939 Porsche Type 64, will come up for auction this August at the RM Sotheby’s event in Monterey, California. The vehicle is the first official Porsche-named car after the company was established in 1931. The rare vehicle has vintage car collectors salivating. However, the car unsurprisingly comes with a hefty price tag of approximately $20 million.

Only three Type 64s were ever built. Originally designed by Ferdinand Porsche and his son, Ferry, to compete in a race that ended up being canceled due to World War II, the first Porsche Type 64 used the same engine and frame as the Volkswagen Type 1, aka the Volkswagen Beetle. The second Porsche Type 64 was found by US forces during the war and turned into a convertible, but was later disassembled for parts.

The third Type 64 is the one coming up for auction and was the only one to survive the war. The car was kept by the Porsche family as a personal car. In 1995, it was sold to its current owner, Dr. Thomas Gruber, a vintage car collector who is now selling it. The 32-horsepower automobile comes equipped with its original air-cooled flat-4 engine, along with some of its original tools and spare parts. Here, more photos of the 1939 Porsche Type 64.