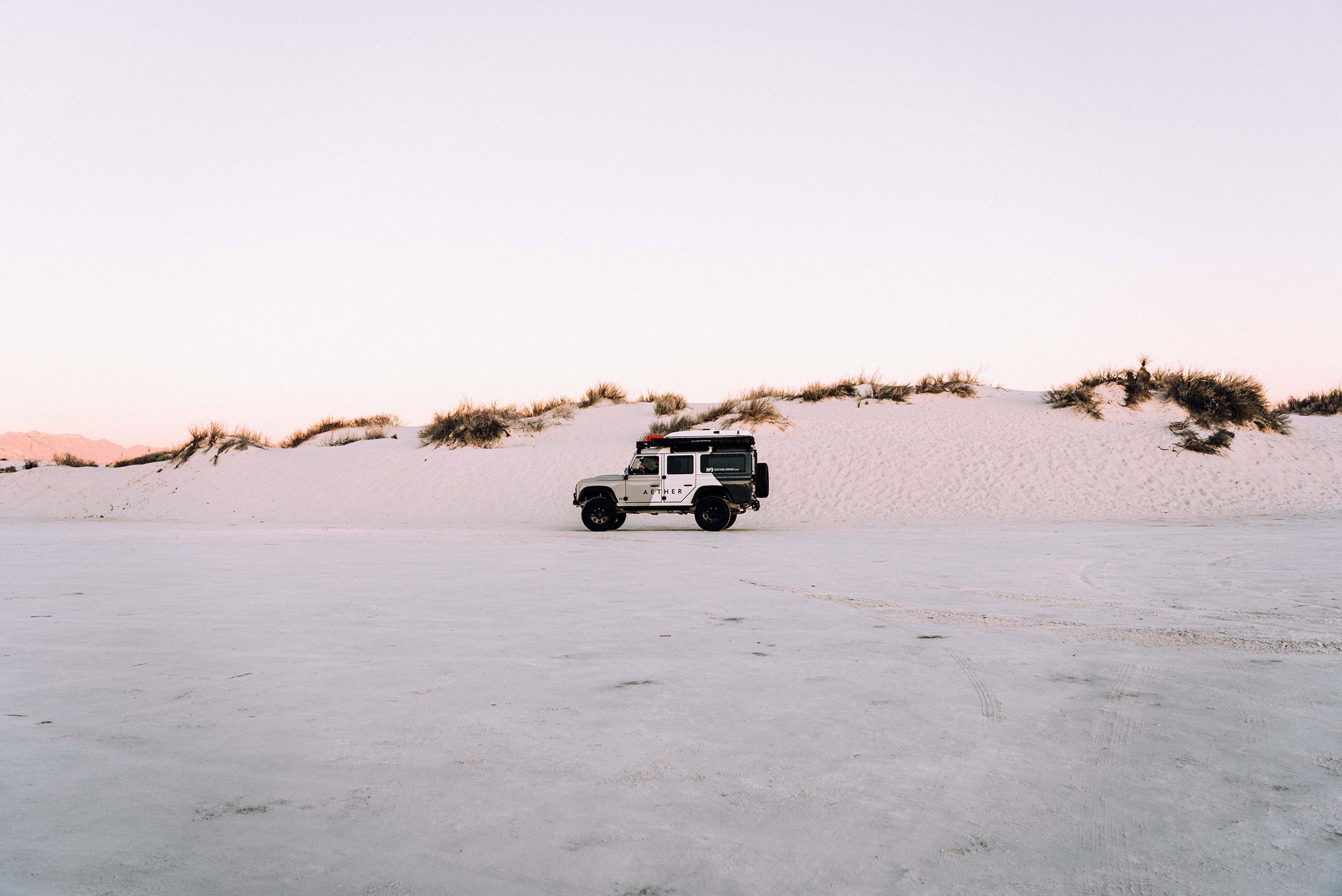 When it comes to reliable adventure vehicles, the Land Rover Defender 110 is one of the most iconic models on the road. Under even the most extreme conditions, the Defender 110 is capable of going places few cars could go. In 2016, Heritage Driven—a Defender restoration-and-modification company—was founded, quickly earning itself a reputation in the car community for building exceptional custom Defenders. Depending on the specifications, a full rebuild can take between four to six months to complete. Pricing varies based on the build, but you can expect a price tag of more than $100,000. As car enthusiasts, we were excited about the opportunity to bring a Heritage Defender into our LA flagship store. ↓

Earlier this month, we visited Heritage Driven’s 10,000-square-foot restoration facility in Albuquerque, New Mexico, where their builders take original Land Rover Defenders, strip them down to the frame and then replace, refurbish, or upgrade the parts to meet the individual client’s needs and wants. We picked up a custom 1986 Overland Defender 110 and took it on a road trip to Los Angeles, exploring White Sands National Park in New Mexico along the way. Dunes of white sand over a vast 275-square-miles of desert land allowed for plenty of room to test the Defender in the elements. ↓

The one-of-a-kind vehicle is currently on display and for sale at AETHERla on La Brea. The Defender—which can be purchased for $232,000—has everything you need to go on an off-the-grid adventure, including a Vintage Air brand climate-control system, 5 Exmoor high-back leather seats, HD custom-steering guard and skid plate, a roof rack, surround sound, AMP-powered retractable steps, a James Baroud tent and awning, and a 6.4L L94 engine. The car also boasts huge tires to take on all kinds of terrain. For more information about this one-of-a-kind Heritage Driven Overland Defender or to start building your own custom Defender, contact info@heritagedriven.com or call 505-234-6234. Here, some images from our visit to Heritage Defender’s restoration facility in Albuquerque, New Mexico, and of the 1986 Overland Defender 110 which can now be found at AETHERla.