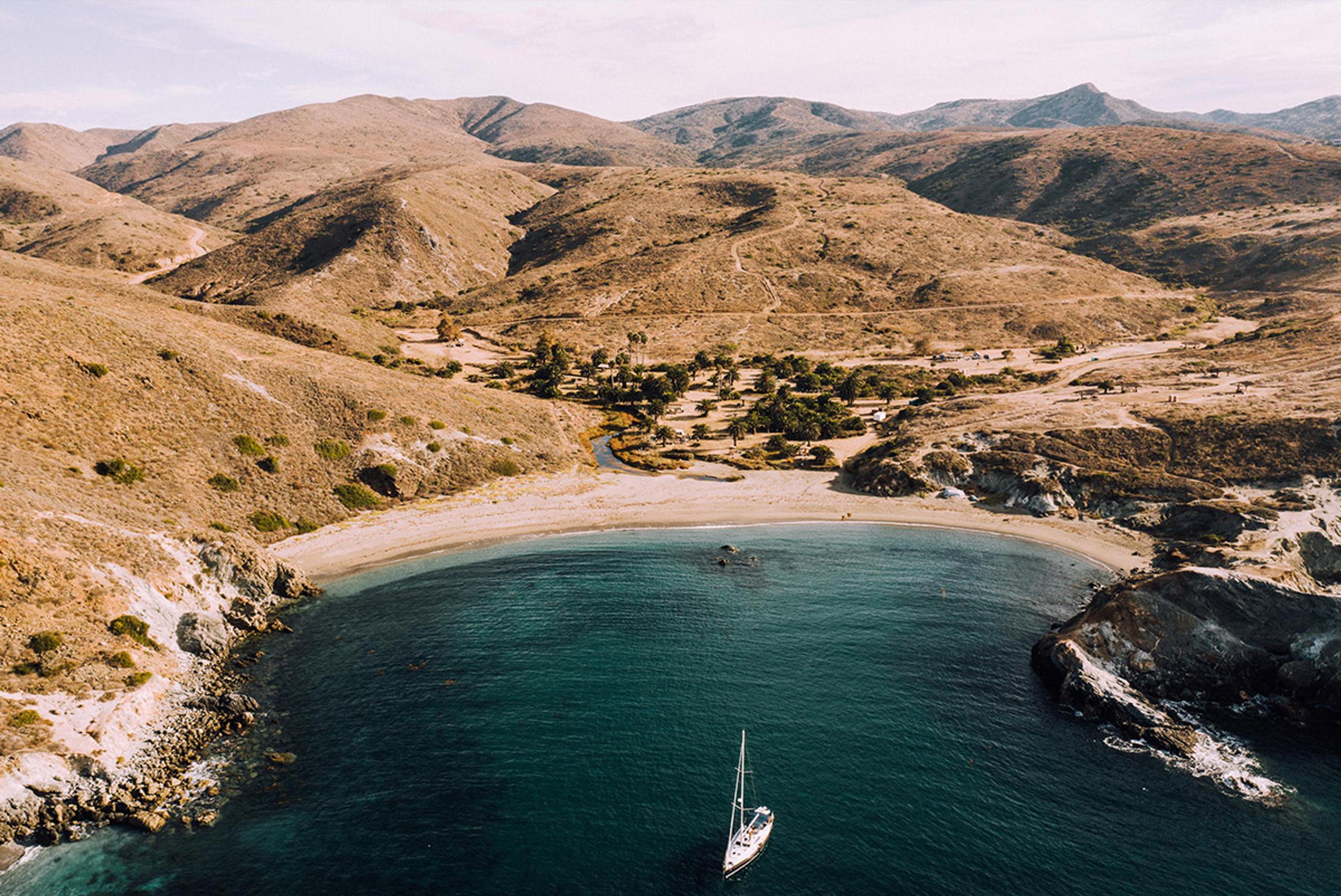 BEHIND THE SCENES: |ON LOCATION S/S ’19 IN CATALINA ISLANDS

BEHIND THE SCENES: |ON LOCATION S/S ’19 IN CATALINA ISLANDS

For our Spring/Summer ’20 collection we traveled to Santa Catalina Island, one of California’s Channel Islands to camp, explore, and photograph our men’s and women’s collections. Catalina has a long and rich history starting with the Native Americans who called it Pimu. The Europeans arrived in 1542 and claimed the island for the Spanish Empire—it was later transferred to Mexico and then the United States. The island went through a series of owners, but in 1919, chewing-gum entrepreneur William Wrigley Jr. bought the island and the Catalina Island Company, which oversees the resort’s businesses and land.

Starting the trip from Long Beach, we took a ferry to Avalon—Catalina’s only city—and then sailed from there to Little Harbor, a small cove on the backside of the Island. We anchored far from the shore to avoid the surrounding rocks and took a dinghy to our campsite. We were rewarded with a beautiful sunset after our long day on the water, later indulging in mezcal and a fireside dinner prepared by Chester Hastings. We sailed; we camped; we spotted bison—all in all, the trip was a total success. Here, some behind-the-scenes shots from our trip and more to come this spring.