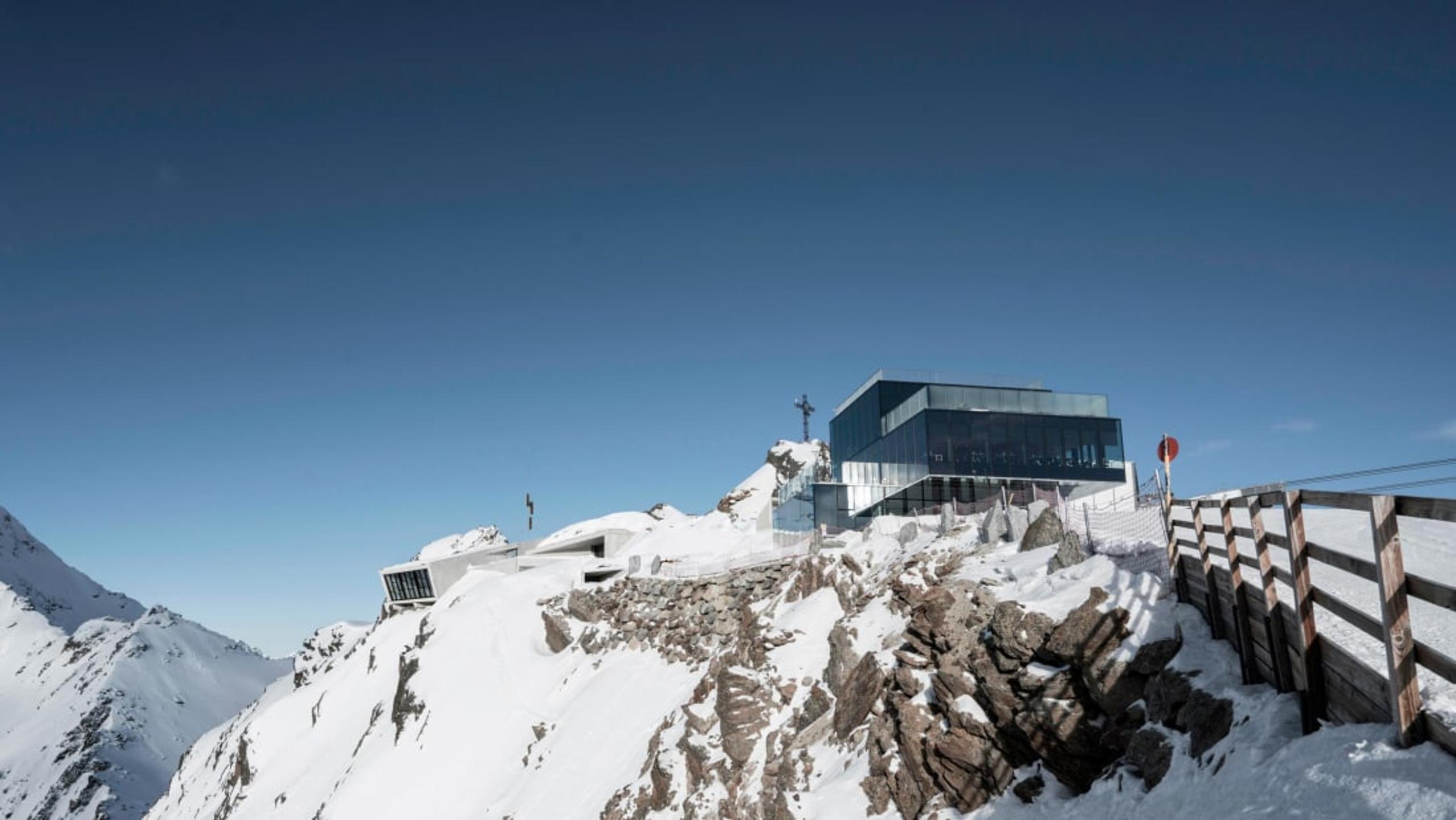 Who among us isn’t a James Bond fan? We venture to guess most men—and women for that matter—have harbored dreams of being as calm, cool, and collected as the legendary man known best simply as “Bond.” So it should come as no surprise that we are excited for the July 12 opening of 007 Elements, an immersive installation in Sölden, Austria, to celebrate the James Bond film series.

Designed by Austrian architect Johann Obermoser and Neal Callow, the London-based art director for the Daniel Craig-era Bond films, 007 Elements is a partnership between EON Productions, MGM, and cable-car company Bergbahnen Sölden. The museum is located at 10,000 feet, atop Gaislachkogl Mountain, reachable only by cable car. Constructed from concrete, the building features floor-to-ceiling windows offering a panoramic view of the Ötztal Alps and the Tyrolean valleys.

The goal of the exhibit is to to bring the movies to life via nine interactive rooms that explore various elements of the Bond films, from the iconic props to memorable scores to stunning locations. The first room, Barrel of the Gun, features several screens playing Bond title sequences, set to 360‎° surround-sound music. Another room, Lobby, shows a film about the history of Bond movies, exclusively created for the exhibit and narrated by Skyfall and Spectre director Sam Mendes. The Tech Lab explores some of the cutting-edge technology seen in the films, while Briefing Room highlights the exotic locations in which the Bond series has been set; Action Hall offers a behind-the-scenes look at the wild special effects and stunts.

While the museum is the main attraction, the neighboring ice Q Restaurant is an experience as well: The futuristic looking structure boasts a terrace overlooking the Austrian Alps and was featured in Spectre—naturally.

Check out some of the first official photos of 007 Elements here.