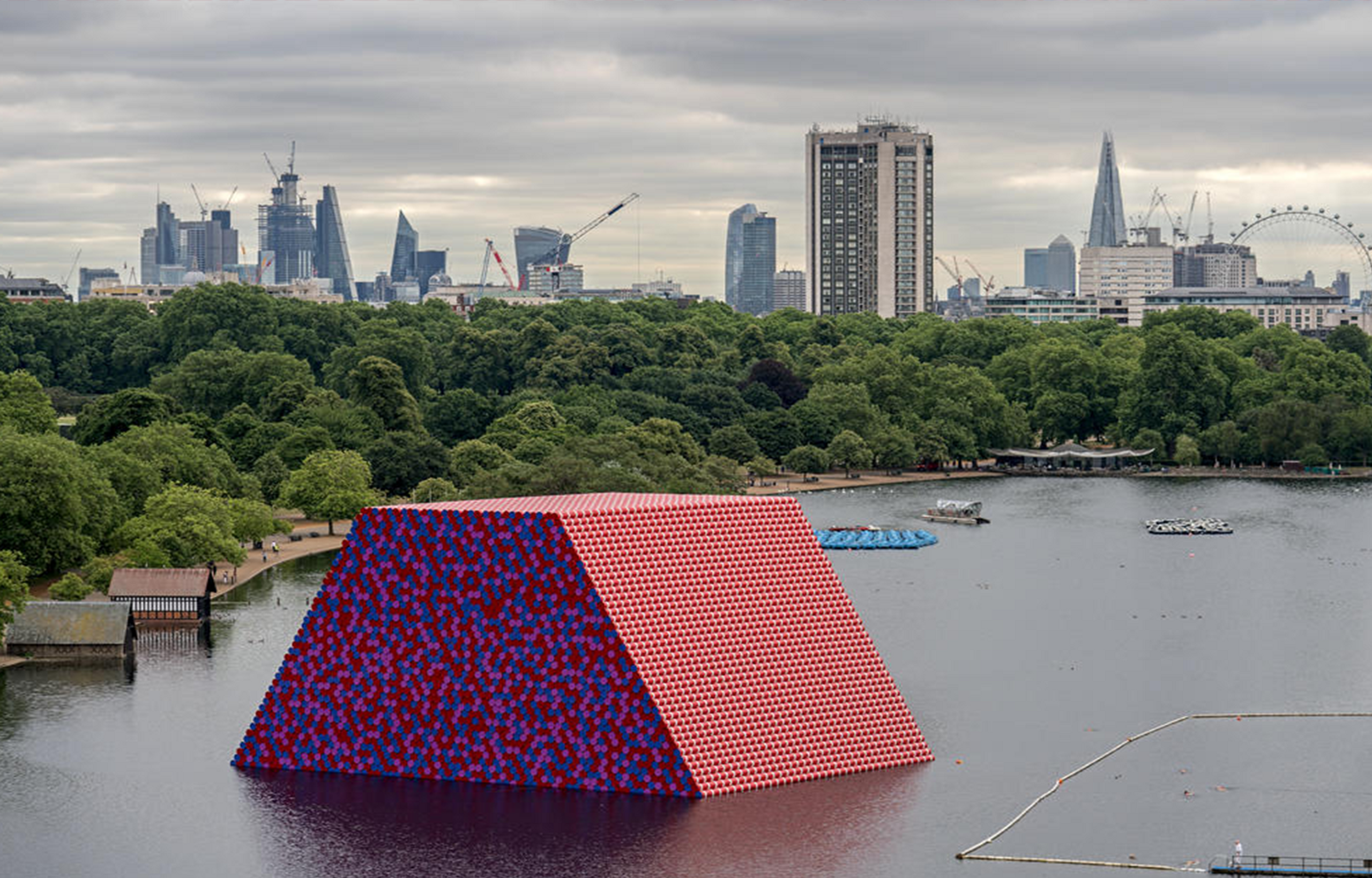 Artist husband-and-wife duo Christo and Jeanne-Claude (who shared a birthday) first met in Paris in 1958 when Christo was hired to paint a portrait of Jeanne-Claude's mother. Since that fateful meeting, the couple spent more than 40 years together creating iconic large-scale installations, ranging from wrapping more than a mile of the Australian coastline in woven fabric in the late '60s to covering 23 miles of pedestrian walkways with more than 7,500 vinyl gates in Central Park in 2005. ↓

Tragically, Jeanne-Claude passed away from a brain aneurysm in 2009. Since then, Christo has continued to bring projects he planned with his late wife to reality. In 2014, he presented his first solo installation, The Floating Piers, comprised of two miles of floating walkways on Lake Iseo in Northern Italy, connecting the town of Sulzano with two neighboring islands, Monte Isola and San Paolo. ↓

Christo’s most recent solo project, The London Mastaba, opened to visitors earlier this month on Serpentine Lake in London’s Hyde Park. Inspired by Egyptian tombs, Christo and Jeanne-Claude first envisioned a floating mastaba with sketches and scale models in 1967. Some 50-odd years later, construction began April 3 of this year. The floating installation was constructed from 7,506 multicolored oil barrels, weighing 600 tons. It is 65 feet tall and tethered to the lake floor via 32 six-ton anchors. Christo purposely used ecofriendly materials to minimize the impact on the environment and preserve the lake’s ecosystem. Additionally, the oil barrels will be recycled after the project's conclusion. The London Mastaba is on display until September 23. ↓

If you can’t make it to London to visit the The London Mastaba, Christo is planning an even bigger version of the installation in the Abu Dhabi desert. The project will feature 410,000 barrels and rise almost 500 feet to become the largest sculpture in the world. As of yet, there is no timeframe for the exhibit.