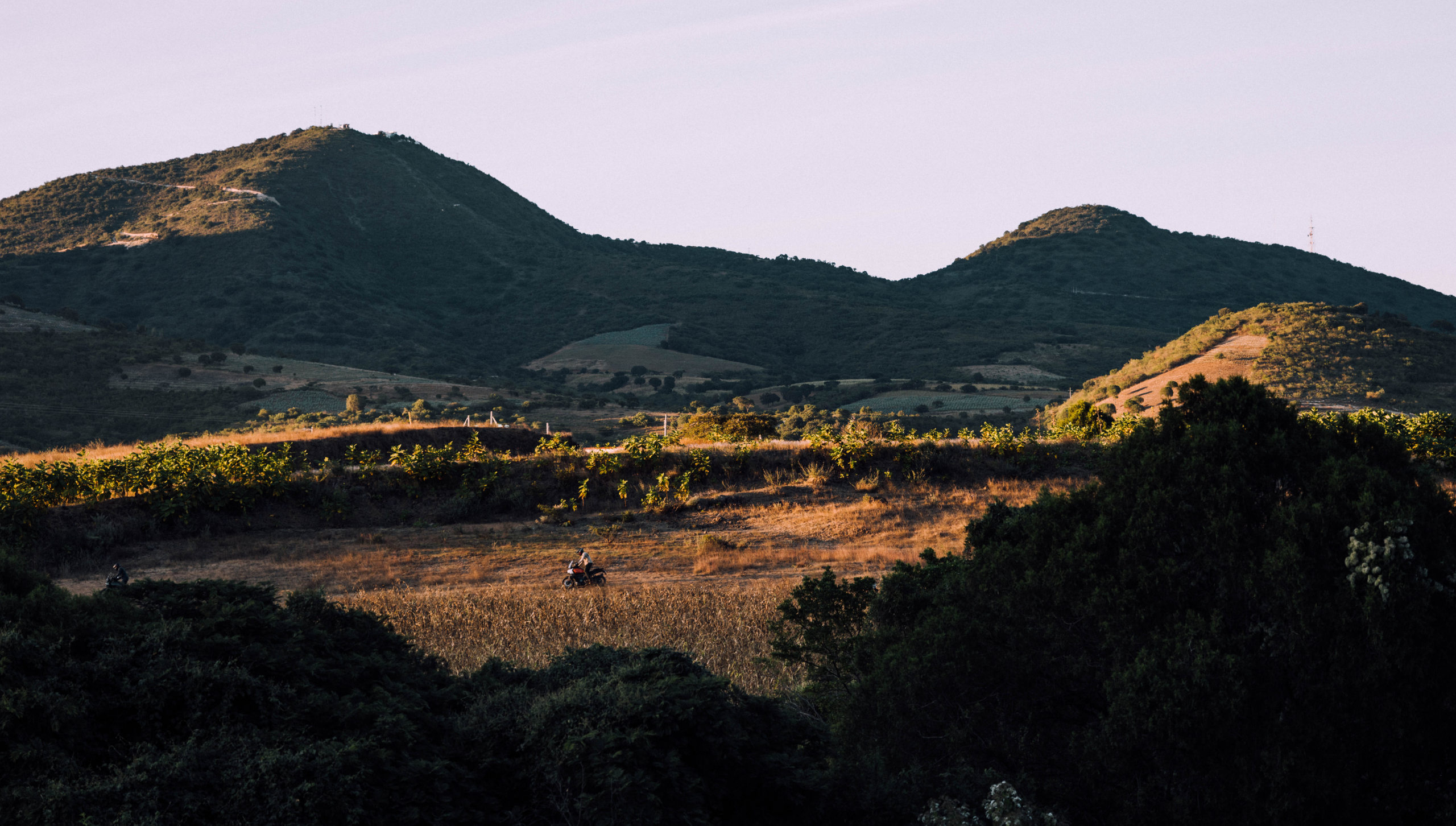 Every motorcycle enthusiast has a few places they daydream about riding. For us, one of those was the Mexican state of Oaxaca. Anxious to take to the open road there while also cu

rious about the new Harley Davidson Pan America—the company’s first foray into adventure bikes—we gathered a group of friends, bought plane tickets, and met in Mexico City before setting off for Oaxaca.

Aided by our friend and Mexico-native Oscar Peralta, we were led to Oaxaca via an eight-hour ride, both scenic and appropriate for the bikes we were riding (the Pan Americas are named for the Carrera Panamericana, an old border-to-border sedan rally race on the open roads of Mexico). Peralta—a businessman, racecar driver, and vintage motorcycle collector—was essential to our adventure, helping us navigate the best routes throughout our stay in Mexico and acting as our local tour guide.

Oaxaca is a city rich in culture, food, art and architecture—it’s one of the reasons it’s become a popular tourist destination. That was what drew us there, as well as our interest in mezcal and how it’s made. Oaxaca is considered the capital of mezcal, a complex liquor made from the agave plant, similar to tequila. The process of making mezcal is an intricate one, passed down through families and generations. Each day we rode into the Oaxacan countryside to meet and learn from various mezcal producers, getting to witness their process and traditions. There is nuance and a personal touch in the way each mezcal maker approaches their craft—many are influenced by the ancestors who did it before them.

Over our days in Oaxaca, we rode between villages, visiting various distilleries and documenting it all along the way (and—of course—sipping plenty of mezcal). We even armed a friend with a camera as he paraglided over the beautiful countryside, allowing us a true bird’s eye view of the spectacular region.

After a week of riding, drinking, and exploring, it was time to head home the way we came—via Mexico City—guided by our fearless leader, Peralta. We made the eight-hour journey back, turned in our bikes once we got to the city, and boarded the plane home, one more bucket-list adventure checked off the list.